Home Technology Africa is striving towards an interconnected society

The idea that Africans are still dangerously behind on technology is one that is widely shared in an arrogant western society; however, studies show that the continent’s inhabitants will be making rapid progress towards continent-wide internet implementation.
I am a product of the society I’ve grown up in, and when I think of an individual living in sub-saharan Africa (around 1 billion people) I picture the man above; A tribesman who would look at a cell-phone the same way we would look at a Kardashian without plastic surgery: bewildered.
With that being said, I’m willing to put aside my biased (western) ideologies of rural African people, and explore exactly how the continents people plan to take on the next several decades.
Will native africans/farmers/residents embrace technology? Or will they neglect the abundant resources that the internet can bring? Keep reading if you’re just as interested as I am in terms of how Africans will utilize the internet, and the technologies that accompany such a transition.

What is the continent’s current position on internet accessibility?

As like any other place on the planet, most of Africa’s population resides in countries that border surrounding oceans.
In these countries, residents are home to more stable economies, better infrastructure and health care, as well as increased access to the internet because well, they’re attached to the ocean.
Climates are more stable, which means it is easier to live and grow crops. However, for the billion people living in sub-saharan African, life proves to be more difficult.
Internet cables do not stretch across Africa because there is no solid infrastructure in these regions. Along with this, the lack of rainfall and water exposure makes farming much more difficult. Sub Saharan residents are largely impacted by a lack of resources needed to live a healthy life – internet accessibility will improve their circumstances drastically. 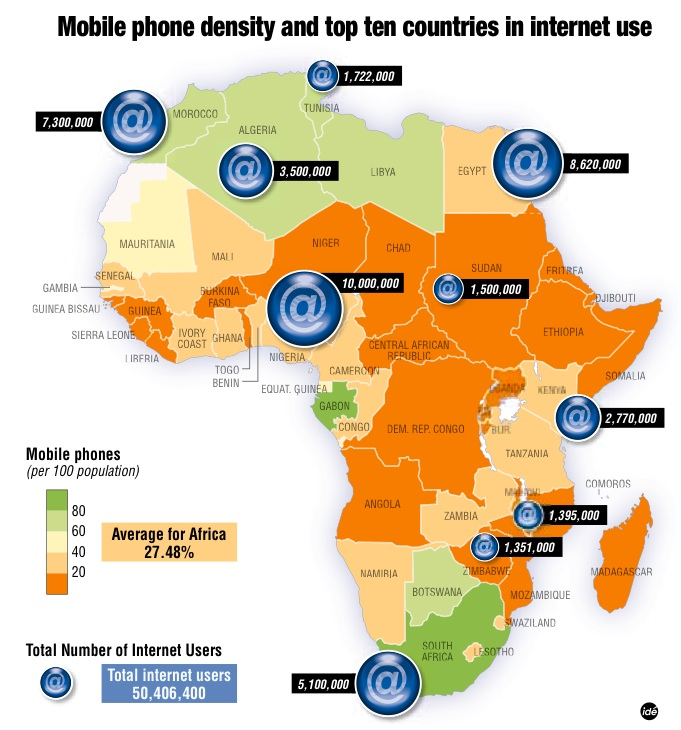 As you can see above, much of Africa falls short of their potential to be connected to the internet. Only two countries surpass the 80% mobile phones per 100 population feat, which even falls short of averages in many developed nations. Generally speaking, they have a long way to go until they meet western civilization’s numbers (which I don’t think they ever will).
For Africa to collectively adapt to a rapidly-changing world, they need to connect their people through the internet. It will improve their way of life in so many ways, here are a few:
The benefits are really endless, and the future’s looking bright for Africa when you consider the possibilities that the internet will bring.
However, with all of this being said, it raises a lot of questions as to how people in Sub-Saharan Africa will,
Well, it seems like I’m not the only person to have asked these questions, because the people of Africa have answers.

How does Africa plan to navigate potential obstacles that internet implementation brings?

Two words: solar panels.
According to 3TIER, Africa receives the highest amounts of solar irradiance on the planet. For those of you who don’t know, solar irradiance is the power per unit area received from the Sun in the form of electromagnetic radiation. Solar panels harness this power and convert it into energy. 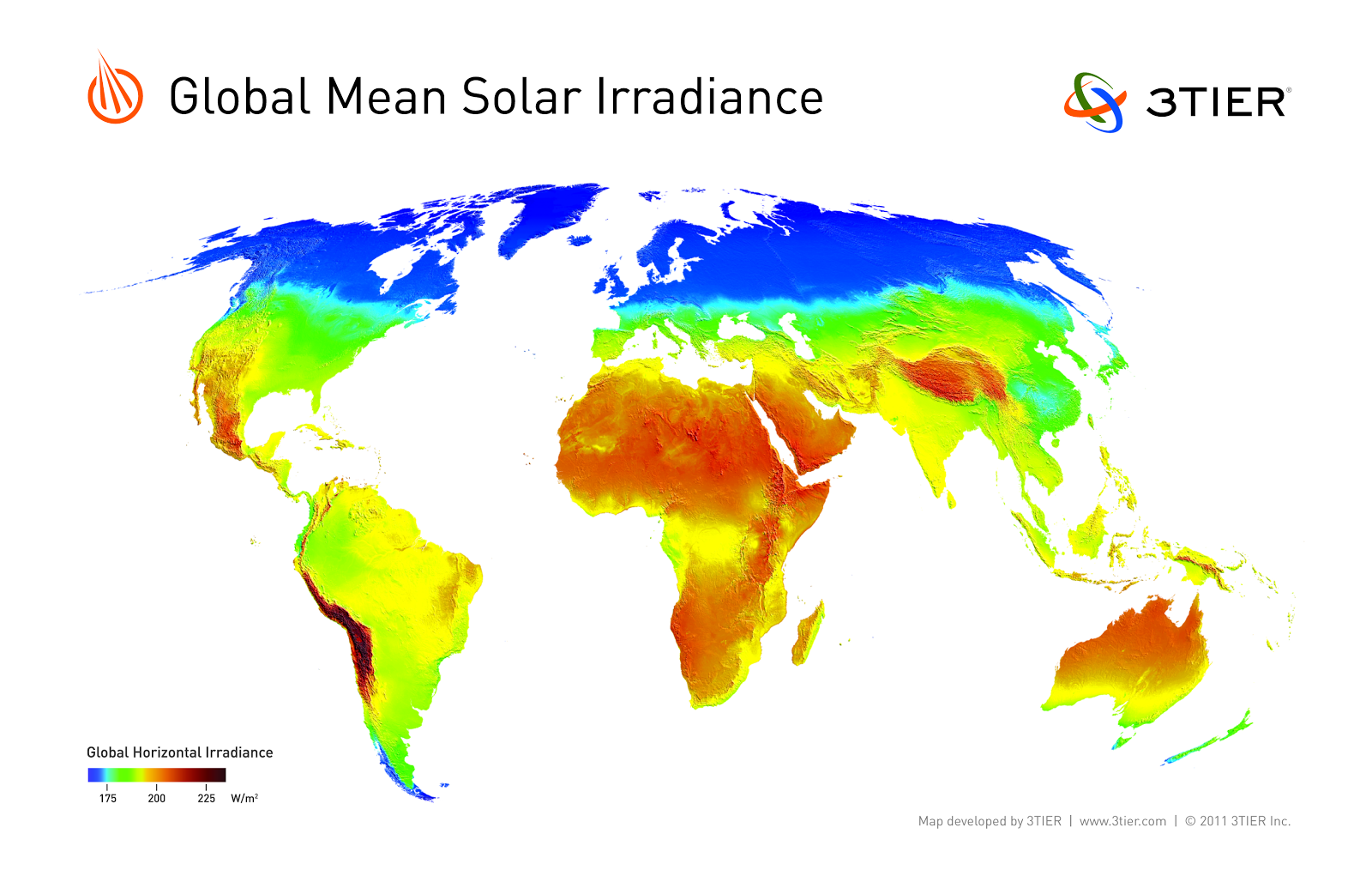 The historically high solar irradiance in Africa will be a large driving force in terms of moving the continent forward. Ironically enough, it is the same reason the continent is still one of the most impoverished areas on the planet. Why? Simply put, more sun exposure and less rain means it’s very difficult to farm. But in the 21st century, who needs farms when you can have fields of solar panels, right?
Although Africa doesn’t make any of the lists for solar production, the opportunities are certainly there. It will eradicate unemployment issues that sweep the continent, all while helping build infrastructure in Sub-Saharan Africa.
If locals are given jobs to build solar panels, then they will have more money to purchase technologies that rely on internet. Along with this, regional governments will harness solar energy and use it to power internet across the continent.

Potential is nothing if you don’t take action, right? Well, Africa is taking action. Just look at the progress they have made in terms of installing undersea internet cables in only three years.
Going back to what I said earlier, most of Africa’s internet sources only reach areas that border the ocean; the challenge is to get that internet to reach in-land in the hopes of having a connected population.
I certainly believe they can achieve interconnectivity if they continue on the path they are on.
Facebook Comments

The Psychology Of Studying Effectively

The Underperforming Hedge Fund Managers Of 2017

How Does a Poor Country Become Rich?

Japan’s Debt problem and how to solve it