Are we soon going to approach the fourth industrial revolution?

Are we soon going to approach the fourth industrial revolution?

August 15, 2016 In Technology
We’ve certainly come a long way from wagon wheels and butter churners, but there is still a lot to be accomplished in terms of how we work and manufacture everyday goods.
Today, we are in the third industrial revolution. A revolution that has spawned a whole new generation of workers that are connection to modern day technology (computers, software engineering, electronics, etc.) and we have quickly adapted to these changes as a society.
But a main concern for many economists is how fast we are progressing through this third revolution of work. Just as we are figuring out modern day machines and electronics, proposals for mass-scale manufacturing with robot machines are in full effect, and could be implemented sooner than later.
We will soon call this the fourth industrial revolution, and it will be among us before we know it.
Now there is a great deal of controversy surrounding this next revolution. An obvious concern is that robotic machines will take away the need for manual labour, which will replace thousands of jobs. It makes you wonder how this could possibly be good for the economy. But this isn’t necessarily what beholds us in the next revolution. 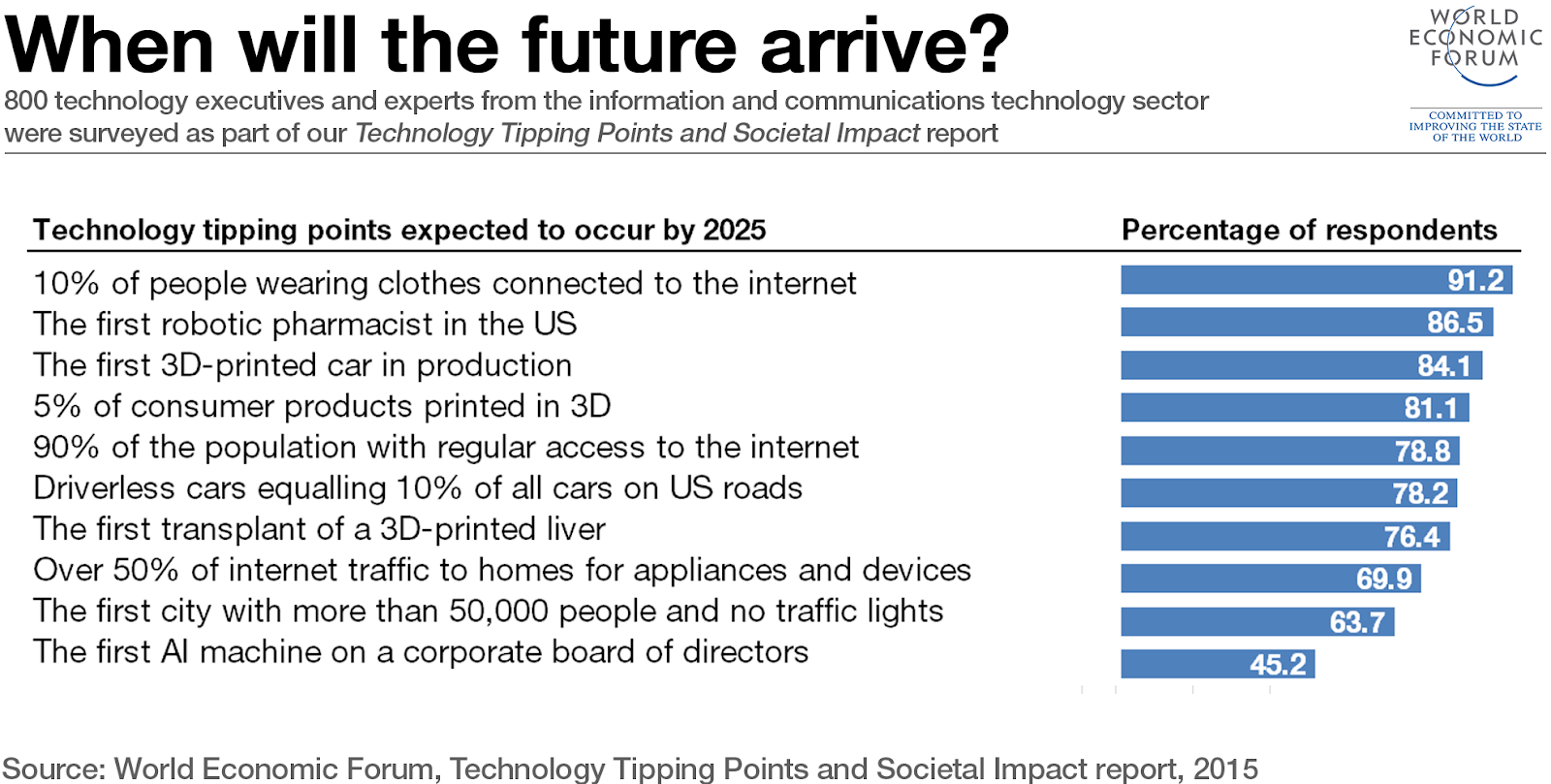 The next industrial revolution will see robots working alongside humans in an effort to make the workplace more efficient. The image above dictates the changes that will soon be seen in our Western world. Technologies such as 3D-printers and driverless cars will make their way into the mainstream markets, which is raising some controversy of course.
Many wonder if driverless cars will be safe, or practical? Or if you want to consider the extreme side of things, what if robots will someday be used to take over the world? Okay, maybe I’ve been watching too many Sci-Fi movies but you can never be too sure!
Considering all of these concerns, I think the next industrial revolution will be the most beneficial in human history. Cyber-physical systems will propel our possibilities in every workplace sector possible. Personally, I see the medical advancements of this technology more outstanding than anything else. Soon, we could witness the first transplant of a 3D-printed liver, or heart, or even a brain. Okay, I’m getting a little carried away, but these possibilities just get me a little excited.
Chronic smokers can rejoice at the thought of getting their livers transplanted with greater ease, so maybe the tobacco industry will be here to stay?
So now the question arises, will we soon see the fourth industrial revolution?
I believe so. I think that within the next fifty years we will be working alongside robots, and even ordering our medicine from robot controlled pharmacies. This is obviously a crazy idea to handle, but it is something we need to seriously take into consideration, because it will happen someday.

Whether it be ubiquitous, mobile supercomputing, Intelligent robots, self-driving cars. neuro-technological brain enhancements, or genetic editing. The evidence of dramatic change is all around us and it’s happening at exponential speed.

Read More  Africa is striving towards an interconnected society

Freedom of speech should be celebrated by governments
May 5, 2017
Can The US Prevent China From Becoming The World’s Largest Economy?
March 4, 2017
© Copyright The Global Millennial - All Rights Reserved
%d bloggers like this: