December 23, 2016 In Canadian Policy and Society Policy and Society
Students enrolled in the K-12 level of Education are ill-prepared to face the world outside of school due to Canada’s centralized curriculum and outdated teaching methods

Archaic regulations, outdated teachings methods, and a one-size-fits-all curriculum are holding back Canada’s Education system from becoming great – and students are suffering because of this.
In terms of overall educational ranking, Canada placed 7th in 2014, and has since maintained a stable position; compared to the rest of the world, things don’t look so bad here. But that’s the problem; standards for education on a global perspective are simply inadequate for the most part (exceptions are North America, Europe, and Asia.)
Most countries struggle to establish a decent educational platform because they are not developed enough to do so. Poor nations that lie in Africa, South America, and the Middle East, rank extremely low in terms of economic sophistication as well as workforce stability – without these aspects, it is hard for any nation to develop any educational reform.
But I live in Canada – a nation that ranks among the world’s best economies, placing 16th on the  IMF World Factbook’s 2015 ranking. So why, then, is our education system still being scrutinized? Even though we rank among the top ten out of every nation on the planet in terms of education, people still see vast room for improvement. Are they justified? Let’s find out.

What Is Holding The Canadian Education System Back?

As a current University student in Canada, I have experienced first-hand what makes Canada’s education system so great, as well as why it hasn’t yet excelled to that of a world-renowned status.
Our shortcomings in terms of schooling can be best described by Jason Clements of the Globe and Mail,

“Union monopoly (which helps create misaligned incentives for both bureaucrats and educators), lack of responsiveness to parental demands, and centralized, prescriptive curriculum are just a few of the many handcuffs holding back Ontario’s public-school systems. Consequently, the problems in Ontario public education require a fundamental restructuring rather than simple complaints about a lack of resources.”

He is completely right – for Canada’s education system to reach its full potential, it needs a “fundamental restructuring” of curriculum, teachers, and classroom learning practices.
Clemens goes on further in this article to explain how, “It’s easy for administrators, politicians and other apologists for public schools to blame the observed problems on a lack of funding. It allows education leaders to point the finger at someone else. The reality, however, is that the public-school system in Ontario has received large increases in funding over the last decade, which implies that the problems in the education system relate to organization and management rather than funding.”
Government spending on public schools in Ontario alone rose $7.3 billion in the past decade – that’s a $2,500 increase in spending per student. 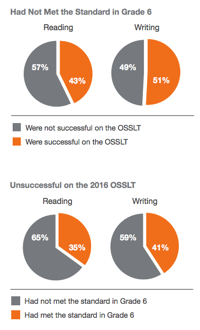 And what has come from this increase in funding? Well, for starters, enrolment in Ontario public schools declined by 5.1% over this ten year period (2004-2014) while population has increased. This is likely due to more students being enrolled in the Catholic school system. Furthermore, a report found that half of all grade 6 students in Ontario did not meet the provincial math standard this year, continuing a steady decline in test scores over the past seven years.
Even though spending is steadily increasing, provincial test scores continue their downward descent, which can be attributed to a combination of faults within Ontario’s schooling system.
Let’s take a look at some of the problems previously mentioned by Mr. Clements
Lack of Responsiveness to Parental Demands
This depends entirely on the teacher. Some educators are great at listening to the concerns of parents and implementing them into their curriculum in order to help a certain student, or an entire class. However, the problem is that there are still teachers out there that lack the initiative to help struggling students – personally, I believe these teachers are in the minority, because through my experience, most of my instructors have been a great help in guiding me to my goals in school. Conversely, the problem still persists in Canada’s schooling system, and results among K-12 learners continue to fall because of this.
Centralized, Prescriptive Curriculum
This is my biggest concern with Canada’s current educational system. Reform to new material is not common, and too much emphasis is being placed on students ability to memorize and regurgitate information, rather than apply it through critical-thinking processes.
Curriculum’s try to balance this out by offering math and science courses that focus more on application, but there is much more to be done in this area. This emphasis placed on memorization from K-12 schooling can directly be attributed to students lack of interest in learning, as well as poor grades – something I have experienced first hand.

Among Other Problems, A Radical Restructuring Of Our Curriculum Is Necessary To Restore High Education Standards In Canada

Having not improved on the traditions of class lectures, age divisions, and summer vacations, going to school in 2012 is only a television or two away from being the same as it was in the 19th century, when public education began in Canada.
We spend years of our early school life learning the basics – spelling, addition and subtraction, then we progress onward. But at a certain point, the focus on elementary school curriculum shifts away from learning and application to a more passive state of learning – one that emphasizes the memorization of content, rather than the learning and applying of it.
Alvin Slavin from University Affairs explains how “most of the students I see are not so much disengaged as poorly trained for university expectations. Students’ ability to do analysis and synthesis seems to have been replaced by rote memorization and regurgitation in both the sciences and the humanities.”
Slavin goes on to explain how “Much of the new curriculum in the junior grades is considered by many experienced teachers to be beyond the mental development of students at that level. This encourages blind memorization rather than understanding. Moreover, the new curriculum significantly reduces time spent on the visual arts, and was so content-heavy that it greatly limited the amount of time available for developing analytical and conceptual-understanding skills from kindergarten on, even though the development of these skills was a stated goal of the curriculum.”
I whole-heartedly agree that there is far too much emphasis being placed on subject matter that will not benefit us later on in life. However, I do support the current curriculum engaging students in subjects like Geography, religion, and Social Studies – but the curriculum for these courses is entirely backwards.
We spend years reciting verses from the bible and learning about stories of Jesus, instead of applying Catholic-oriented ways of thinking – these concepts don’t get introduced into the Ontario school curriculum until Grade twelve Society and Ethics in religion, can you believe that?!
I attended a Catholic Elementary school and Catholic high school, and I can proudly say that I cannot recall many notable bible verses, nor can I remember any of the ‘marvellous’ songs I had the pleasure of screaming in church over the years. What I do remember, however, is my grade twelve ethics in society class – not because it was my most recent course in the K-12 curriculum, but because it taught me how to think instead of just making me memorize pointless stories about Jesus turning water into wine. 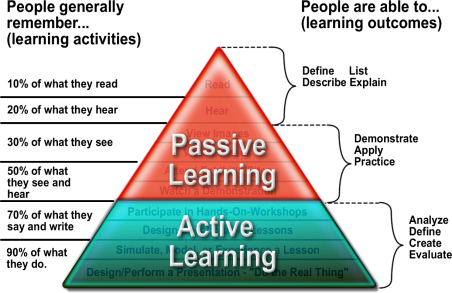 Our curriculum needs more of those courses. We need more courses that teach us how to think, how to analyze, how to be creative. But at the same time, we need to have core skills embedded in our brains in order for us to be functioning adults – skills like english, math, and communication.
I believe far too much attention is put on reading, highlighting, memorizing, then taking a multiple-choice test. I also believe it is ludicrous for leaders of our country (politicians and those in charge of educational reform) have the audacity to blame falling test scores by students on a lack of funding – even when funding is steadily increasing!
To make this loud and clear: The problem is not with a lack of funding – the problem is with a faulty, outdated curriculum.
So how do we change our education system? We challenge the methods in which subjects are currently being taught, for starters. I am all for educating our children on religion, history, and society, and I believe that a certain portion of these subjects needs to be knowledge-based, but there needs to be more processes of application involved in the learning process – more projects, more group collaboration, and more communication by mouth, rather than writing down on paper.
I also believe that art classes should be mandatory throughout K-12 schooling. But these classes should not be focused around teaching art history, they should allow students to actually create art.
I could go on forever on this topic, so I’m going to end you with the quote that got you to click on this article,

“Everybody is a genius, but if you judge a fish by its ability to climb a tree, it will live its whole life believing it is stupid” – Albert Einstein

Understanding The Importance Of Globalization
May 26, 2017
The Global Economy: Should We Take The Road Less Travelled?
May 25, 2017
The Vehicle of Your Future
May 24, 2017
© Copyright The Global Millennial - All Rights Reserved
%d bloggers like this: