If one was to rank recent economic issues by the division and depth of debate they cause, globalization would surely be up there at the top. Whilst the Republican presidential nominee Donald Trump, amongst others, has spearheaded efforts to thwart the rise of globalization, liberals around the world argue that the increasing interconnectedness and interdependence of our world today can only be a good thing.

However, the actual answer to the question of the impacts of globalization is not so clear-cut; if any answer exists at all, it would lie firmly in the gray area.

But what is globalization? In essence, globalization is the process by which economies around the world become more closely and deeply integrated with one another. In a way, it can be thought of as a border-killer, bringing countries that are physically thousands of miles apart firmly together. Is this desirable, though? A point frequently made is that the effects of the 2008 financial crisis in developing markets were magnified to a great degree by the increased integration between the financial systems of different countries, and without this, the effects would have been far more localized to developed markets. 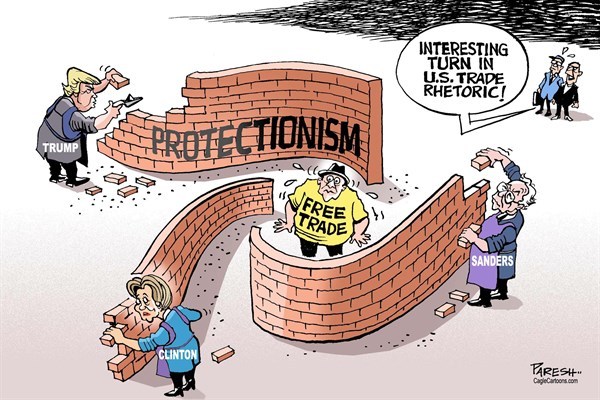 Is this true? Perhaps. Although it has to be said that those who use this point as a catch-all of sorts are perhaps not thinking broadly enough. In this article, we can begin by analyzing the effect globalization has on the financial system of developing economies in the context of regulation.

The control that these countries so desperately need over their own destiny, is as a result forfeited to a degree due to globalized economic activity; a small shock in the United States could result in large percentage swings in some African markets, for example. This drives away the certainty needed for a long-term sustainable financial system to develop; in this way, it could be argued that the increase in the velocity of cross-country cash flows could actually serve to the detriment of developing economies.

However, a positive impact of the aforementioned variability in foreign direct investment (FDI) is also that the pressure of foreign buyers acts as an economic incentive for the governments of developing countries to solidify their financial system in order to attract and keep foreign capital. The threat of financial contagion should a global shock take place would, in theory, incentivise key individuals within developing countries to make sure that their underlying fundamentals are solid enough to withstand a global depression without too much long-term damage.

If key markets are solidified soon enough, a virtuous cycle of investment and further growth could potentially be triggered, blurring the lines between these developing countries and their developed counterparts. Whilst the element of uncertainty and doubt will still be present, if the country is foresighted enough to secure their future prospects, the risk from this should be offset by the potential influx of foreign direct investment that could occur. Even if it does not work out, the meritocratic aspect of this scenario is still something to be commended and looked upon as a positive; countries will gain foreign direct investment if they see it as a rational economic decision to strengthen their financial system.

With the increase in available capital for corporations operating within developing countries to use, it is also important for regulation to be put in place such that the prevalence of moral hazard with regards to the risk/reward ratios of banks reduces. In a developing country, with arguably less financial infrastructure present than a developed one, it is somewhat easier to sign legislation that ensures that banks cannot operate in an unreasonably risky manner. As shown by the political lobbying of banks in the UK, USA and elsewhere, once a massive financial system has been built up, it is extremely hard to get major financial institutions to change their ways.

Hence, if the government puts its foot down quickly enough, it is possible that the developing countries of today could potentially have less of a glasshouse of a financial system than even the developed countries of today possess. The question of this article initially was “Could globalization bring developing countries to their knees?”, and the answer to that is a resounding yes. Replace the “could” with a “will”, and you have an answer which depends on a multitude of factors, including primarily the quality of the country’s governance. If the government manages itself correctly, globalization could bring about rapid economic development and the bolstering of financial systems across the developing world. If not? Well then, we’ve all got ample reason to worry.

Should The FED Raise Interest Rates?

With Paris Announcement, Trump Has Made 2020 Election a Referendum on…