President Donald Trump said late Thursday the U.S. missile attack on a Syrian air base was in the nation's "vital national security interest."

Trump said the United States must "prevent and deter the spread and use of deadly chemical weapons" and called on "all civilized nations" to join the U.S. in seeking an end to the carnage in Syria.

"Assad choked out the lives of helpless men, women and children. It was a slow and brutal death for so many. Even beautiful babies were cruelly murdered in this very barbaric attack. No child of God should ever suffer such horror," Trump said. "Tonight I ordered a targeted military strike on the airfield in Syria from where the chemical attack was launched." Trump added that there is "no dispute that Syria used banned chemical weapons." 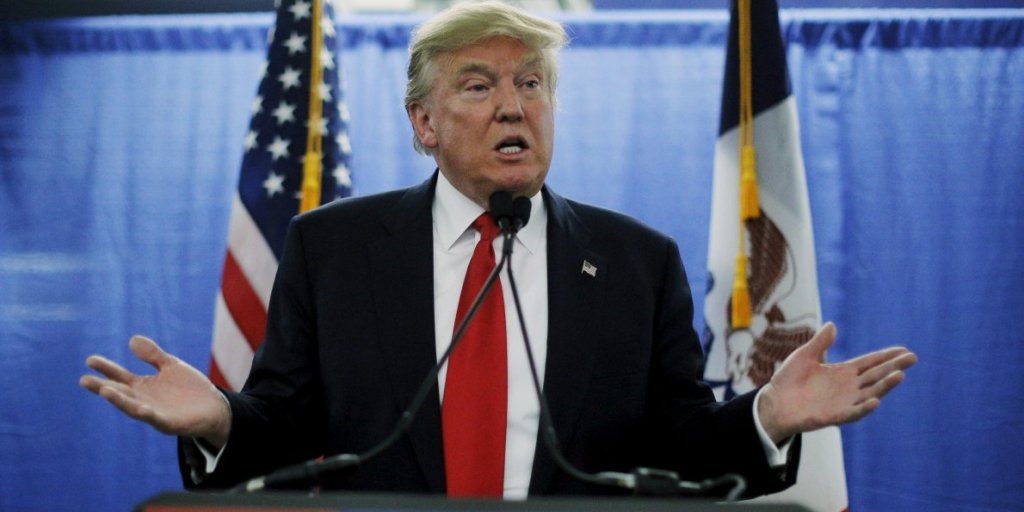 The United States launched a military strike Thursday on a Syrian government target in retaliation for their chemical weapons attack on civilians earlier in the week. [Image acquired from Time.Inc]

It is believed that the base was used as a staging point for Tuesday's chemical weapons attack on rebel-held territory, which killed as many as 72 civilians, including women and children. US defense officials tell Fox that two warships based in the eastern Mediterranean, the USS Porter and the USS Ross, have been training for the past two days to execute this mission.

Trump said "peace and harmony will prevail" so long as the U.S. continues to stand for justice.

I feel obligated to shed some light on the fighting going on in Syria, because whether you acknowledge it or not - international warfare affects US ALL; the chemical warfare being deployed by Syrian’s dictator Bashar Al Assad is reflective of what I deem to be one of modern humanities’ lowest points - the extermination of the Jewish population during World War II.

Furthermore, the intervention of the US and Russia are NOT helping to solve this issue with their bombs, they are only adding to the destruction.

But please, don’t let the mainstream media try to tell you the US airstrikes were an attempt to fight global terrorism, when in fact, the US is only fighting fire with fire, which has indeed worked for them in the past, but the Syrian civil war is a whole other situation in itself.

Here is a statement from Mr. Trump about the Airstrikes he approved earlier today,

“My fellow Americans, on Tuesday, Syrian dictator Bashar al-Assad launched a horrible chemical weapons attack on innocent civilians,” Trump said. “Using a deadly nerve agent, Assad choked out the lives of helpless men, women and children. It was a slow and brutal death for so many — even beautiful babies were cruelly murdered in this barbaric attack. No child of God should ever suffer such horror.”

“Tonight I ordered a targeted military strike on the airfield in Syria from where the chemical attack was launched. It is in the vital national security interest of the United States to prevent and deter the spread and use of deadly chemical weapons. There can be no dispute that Syria used bad chemical weapons, violated its obligations under the Chemical Weapons Convention, and ignored the urging of the U.N. Security cancel. Years of previous attempts at changing Assad’s behavior have all failed, and failed very dramatically. As a result, the refugee crisis continues to deepen and the region continues to destabilize, threatening the United States and its allies.”

Let me get one thing straight, the United States’ motives behind attacking innocent civilians in Syria has as much to do with economic interests (oil) as it does with humanitarian aid and war prevention.

The US media is making the argument that because the Assad regime is using chemical weapons on the Syrian people, the US military should intervene by arming and training the Free Syrian Army in the hopes of overthrowing President Assad and restoring peace to the Syrian people.

On the surface, most Americans would agree that Assad is a brutal dictator and should be removed from office. But if you asked most Americans whether or not the US military should intervene in Syria to make sure the profit margins of oil companies remain strong, it’s likely most rational folks would say no.

Digging just beneath the surface, it’s easy to see that US interest in Syria isn’t to provide Democracy to the nation, but to ensure the Kirkuk-Banias oil pipeline (Syria’s largest pipeline that is bringing in billions of dollars worth of revenue) will be restored to profitable status.

Even President Obama’s press secretary said that foreign policy isn’t driven by what the people want, but by what is best for “American interests.” Above you can see where US and Russian air strikes are being placed. Given the knowledge that the US media has backed us with, one would think that this is primarily to defeat ISIS, right?

Well, in reality, it’s much more than that. I’ve taken the above map and added the main Syrian pipelines with large black lines, as well as small red circles that show large oil refineries in the country.

It might just be me (I’m just being humble, it isn’t just me) but doesn’t it seem a little weird that the largest, most concentrated US and Russian airstrikes are placed right by large oil refineries and pipelines?

There are huge areas occupied by ISIS that the US and Russia are paying no attention to, why? Because they aren’t close to the oil pipelines!

One of the main black lines on this map is the Kirkuk-Banias pipeline, which runs from Kirkuk in Northern Iraq, to the Syrian town of Banias, on the Mediterranean Sea between Turkey and Lebanon.

Ever since US forces inadvertently destroyed it in 2003, most of the pipeline has been shut down. While there have been plans in the works to make the Iraqi portion of the pipeline functional again, those plans have yet to come to fruition, and Syria has at least 2.5 billion barrels of oil in its fields, making it the next largest Middle Eastern oil producer after Iraq.

Oil companies are becoming dependent on the Kirkuk-Banias pipeline’s output and are eager to get the pipeline operational again. The tension over the Syrian oil situation is certainly being felt by wealthy investors in the markets, who are thus dictating US foreign policy.

Interesting how big time oil investors are having a large say in US foreign affairs, right? It just goes to show how much of US foreign intervention is really done in the sake of improving the lives of others, rather than economical interests (that’s right, not a sizeable percentage of it). Moving on, Qatar needed to get its Qatar-Turkey” pipeline through Syria, and Europe looked forward to linking up with the world’s largest gas producer because it was over-dependent on Russian supplies.

Vladimir Putin had previously cut off gas supplies to Europe in the dead of winter 2009 after a dispute with Ukraine over gas royalties. The Russian military has since invaded Ukraine and given Putin’s aggressive stance, Europe now urgently needs to find an alternate gas supply not controlled by Russia. This makes a middle-eastern pipeline coming through Syria a very attractive proposition.

The Assads soon realized that they were in a position of power. They decided to up the ante by creating an alternative source of fuel for a trans-Syrian pipeline. Thus, the Iran-Iraq-Syria pipeline was born.

If you look at this diagram and compare it to the previous one that shows where Russia and US bombs are placed, it is clear that Russia is trying to maintain control of already established pipelines in Syria, and the junction where these two new pipelines cross.

From an economic standpoint, I can see why he is doing this. Considering that Russia is the main contributor of oil to Europe, any competition can severely hurt their economy. However, from an ethical standpoint, it is completely unfair to the Syrian people. Using the previous picture, notice how Homs and Aleppo are both located right over top the two largest Middle Eastern - European Pipelines? Does this seem just a tad bit skeptical to you?

The US and Russia are actively trying to carry out ‘foreign policy objectives’ in these areas because they want to secure control over these two pipelines. Simple.

They send weapons, funding, and military support to the rebel groups (including ISIS) that support their own policy objectives. All the while, the Assad government continues their tyrannical dictatorship over Syria, which is killing people every single day alone.

Amidst recent controversy between Ukraine and Russia, Vladimir Putin has many economical and political reasons to try and take control of this pipeline - or at least the rebel groups fighting in the areas that control the pipeline. Ukraine is actively trying to cut political ties with Russia based on the controversy surrounding their largely-Russian populace. This is what inevitably led to the battle in Crimea, you can read more about this here.

Russia and the US are providing support to the anti-government army, but at what cost? You guessed it, the homes of countless Syrian people, and that’s why we see brutal war images and videos broadcasted across our televisions, portraying the horrific civil war that has been carried out in Syria since 2011.

The unfortunate reality of this whole situation is that the US, Russia, (and don’t be surprised to see China in the mix as well), will continue to jump from country to country with looming civil unrest in an attempt to “establish peace” when in reality, they are attempting to control lucrative oil objectives underneath the on-going civil wars.

Once the situation in Syria has died down and the US and Russia have gotten their fair share of oil control, they will move onto their next objective. We’re looking at you Yemen. 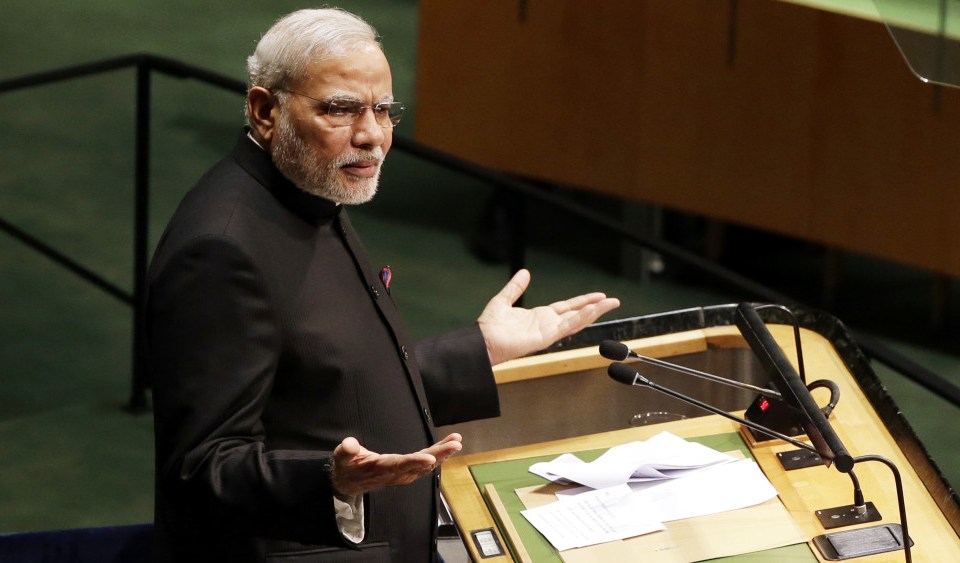