If current trends continue, global sea levels will rise at an unprecedented level in coming decades

If current trends continue, global sea levels will rise at an unprecedented level in coming decades

Sea levels across the planet have been undergoing drastic changes over the last couple centuries due to the industrial revolution. It is only until now that these changes can have detrimental consequences to all life on Earth.
Now there’s going to be people that argue our oceans are changing because that is just Earth’s natural cycle. I’m going to go with the more reasonable, scientific approach and claim that our sea levels are rising due to human interference (carbon emissions a.k.a. Global warming) 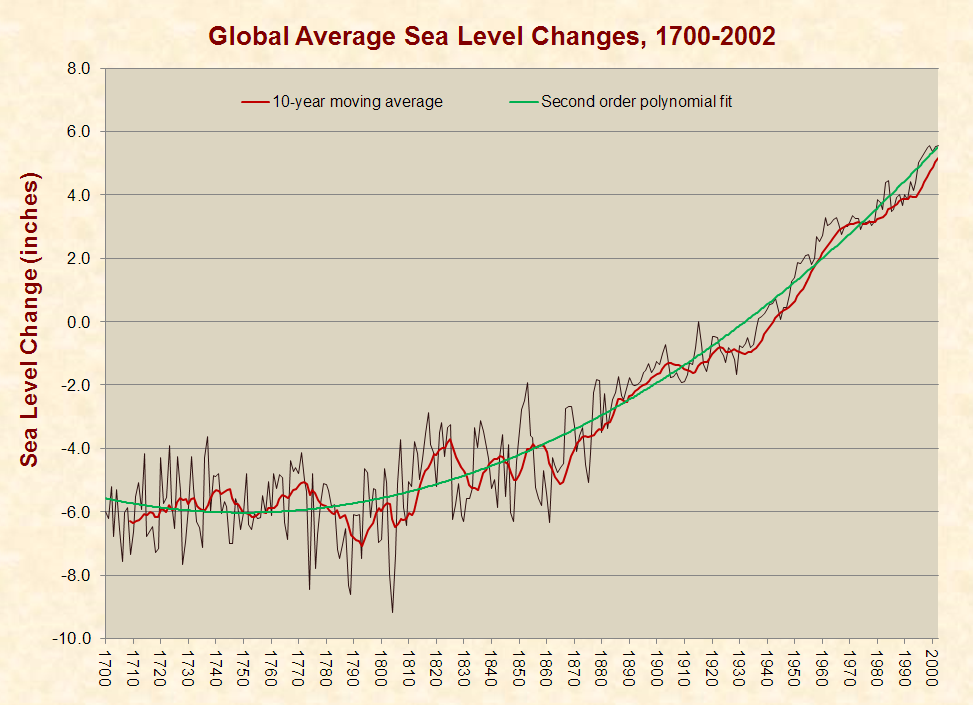 You can see here that global sea levels were quite steady until the industrial revolution hit (early 1800s) where it saw a massive two-inch spike over a twenty year period. Since then, global sea levels have risen by eight inches and are showing no signs of slowing down in the near future.
Millions of people around the globe will soon be jeopardized due to this phenomenon. It is areas in the Gulf of Mexico and the United States east coast who are experiencing the fastest rates of sea level rise in the twentieth centuries and coincidentally enough, there are millions of people inhabiting this part of the globe.
The rising of sea levels will only accelerate in the coming century. Scientists are saying that they could rise to anywhere from 12 inches to 84 inches by the end of the century. The amount of people that will be displaced due to this rise is unbelievable, take a look at this chart below to get a small example of how this will impact the East coast of the United States alone.

Given the highest sea level rise projection, this change could happen as soon as 2050, which would force thousands of people to move, as well as hundreds of businesses to relocate. Communities will be destroyed and beaches terminated.
Furthermore, land masses that don’t border an ocean can still be affected by a higher ocean level. Here’s how:
Shoreline erosion and degradation: Rising sea levels allow waves to penetrate further inland, even during calm conditions, increasing the potential for erosion.
Amplified storm surges: Coastal storms often cause storm surges, which occur when high winds push water inland. With rising seas, storm surges occur on top of an elevated water level and reach farther inland, with potentially catastrophic damage to homes and infrastructure.
Permanent inundation: Many low-lying coastal land areas are expected to be gradually submerged by rising sea levels. A rise of two feet above today’s sea level would put more than $1 trillion of property and structures in the U.S. at risk of inundation, with roughly half of that value concentrated in in Florida.
Saltwater intrusion: Saltwater can reach further into coastal groundwater sources as sea level rises, increasing the salinity of freshwater used for drinking and agriculture.
This issue has an impact on everyone. Not to mention, it isn’t the only problem with our oceans at the time. There is mass-scale pollution of our oceans happening, as well as ocean acidification, which makes it harder for sea life to live. Global warming and pollution alike are taking massive tolls on our ocean’s health and we need to start taking this seriously.
For the people who think global temperature has nothing to do with the rising of sea levels, look at the graph below. There is a strong correlation between the two, and the increase from 1980 looks like a slope on Mount Everest: not such a pretty sight on this graph however. 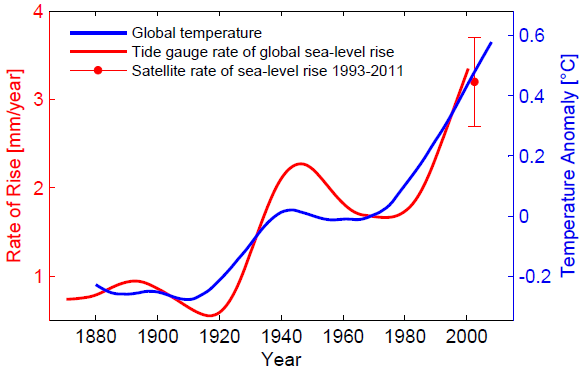 The solution to this problem starts with decreasing the global temperature drastically. This is something that will take well over a century to accomplish, but through promoting clean energy efforts and decreasing our carbon footprint as a species, it can be accomplished.
If this cannot be done, shorelines across the globe will be engulfed by water. Take a look at which places will be most affected by sea level rise in the coming century.

Florida should be marked very red on this map but besides that, there are dozens of countries and hundreds of cities that will be traumatized by the effects of sea levels rising.
With all of this being said, I think we are on a better track to reversing this issue than we have been in recent years. In 2015 there was a climate change conference held in France where several countries aimed to make a positive impact towards the issue. This is the first step of many in terms of tackling the issue of rising sea levels.
However, if the ignorance towards global warming continues, mother nature will fight back, and I do not want to be here when it happens.
Facebook Comments 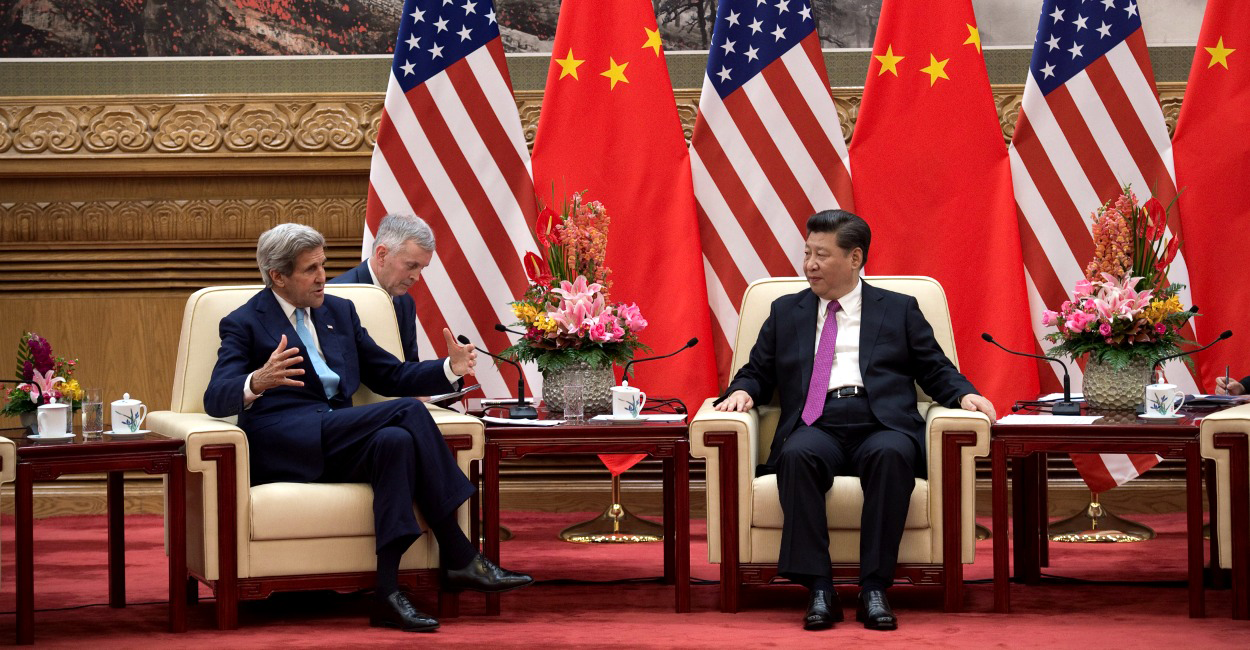 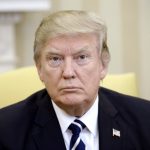 Which Waves Of Immigration Have Been Most Beneficial To the United States?
April 5, 2017
© Copyright The Global Millennial - All Rights Reserved
%d bloggers like this: