I’d like to start off with apologizing for the lack of content these past several weeks! I just began my first year at university where I am studying commerce, and I’m still trying to adjust to the workload and new lifestyle I’ll be living for the next four to five years.
With that being said, I have regular content planned for the future, and I have a lot of burning ideas that I want to write about, so please, keep coming back for updates!
Moving on, I saw this cool video on Facebook that showed a device called the Water Seer. It is an invention that aims to bring water to places on the Earth where water is scarce. The idea is simple, cost-friendly, and doesn’t take up a lot of space.
It’s ideas like these that are going to help sustain human life for centuries to come, which is why I am so intrigued in projects like Water Seer.
In this article, I’m going to analyse this prototype, as well as compare it to others that stack up favourably.

The WaterSeer is a small turbine that collects moisture from the atmosphere and convert it into drinkable water. It works by harnessing the energy from the wind, which spin the turbine, as well as the internal fan-blades that direct air into a condensation chamber. As the warmer air cools in the chamber, the water vapor condenses onto the sides, where it flows down into the reservoir.
According to the company, this prototype can collect upwards of 37L of drinkable water every day. What makes this invention so breathtaking is the fact that it doesn’t need an external source of energy to produce a tangible good; it simply runs off wind.
Just as a wind turbine generates electricity, the WaterSeer generates clean, drinkable water, but at a fraction of the size, and price of other industrial methods.
Above is a visual of the actual prototype. It’s actually a simple concept, yet still highly effective. It offers a bright alternative to the 1.2billion people living in areas with water scarcity, as they can place dozens of these Water Seers side by side in a large field, which can collect enough water, daily, for an entire community. 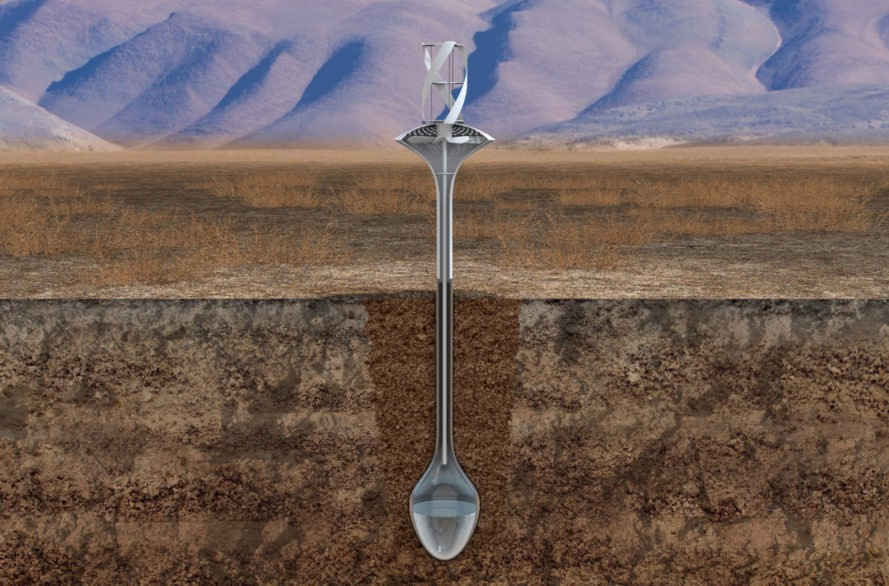 This invention sees humanity reaching one step closer to world-wide sustainability, and it has me excited to say the least.

The company known as LifeStraw created a water filter that closely replicates a drinking straw, converting the most contaminated water into clean safe, drinking water. It is lightweight, at only 56 grams (2 ounces), made of durable plastic, chemical free, and doesn’t require electricity. The most important detail of the LifeStraw is its ability to reduce water turbidity (muddiness) by filtering particulate matter larger than 0.2 microns and the removal of virtually all bacteria (99.9999 percent) and protozoan parasites (99.9 percent) that contaminate water.
This invention, too, is remarkable. It takes the dirtiest of waters and converts it into clean drinking water for people that need it the most. However, what makes the LifeStraw hail in comparison to the Water Seer is its lifetime. The tube can provide a minimum of 1,000 litres (264 gallons) of purified, clean drinking water, which is impressive given its small size. However, once the tube cannot purify anymore, users are left in a situation where they could possible be drinking dirty water because they are unaware that the filter is broken, or they could be without clean drinking water altogether.
The invention is great, and it provides an efficient means of accessing clean drinking water for those in need, but it’s limited lifespan means it hails in comparison to the Water Seer.

What Does The Future Hold?

Depending on how you want to observe our species, you could go either way with your description of the next couple centuries. Greed and war still plague many, but honesty and kindness are traits that can trump any evil.
The people behind projects like Water Seer and LifeStraw have a vision for a better, more equal humanity – and that is something I want to promote the hell out of.
The future will hold a variety of all things good and bad, but with projects like these underway, projects that have the potential to reach millions of people in need, our species will slowly stride toward a favourable equity shared by all.
This equity I’m envisioning doesn’t entitle substantial wealth for all, but rather the bare necessities like water, shelter, and food. Projects like these help to make these things a reality.
Facebook Comments

Read More  How many people can our planet support?

How Much Should Multinationals Pay To Pump Fresh Water In Canada?
October 31, 2016
How many people can our planet support?
August 3, 2016
The Future Of Africa
August 2, 2016
© Copyright The Global Millennial - All Rights Reserved
%d bloggers like this: