The postmodernism art movement is more than just the abstract art you see in museums – it is a modern approach to the human expression that takes many forms – music, architecture, fashion, language, and more.
The postmodernism movement began sometime in the 1970’s and aims to contradict various elements of modernism. Movements such as intermedia, installation art, conceptual art, and multimedia have been described as postmodern, but this art form cannot be simplified so exclusively, rather, the postmodern art movement is structured around trying to escape or reject the traditional function of the human mind.
Postmodernist art is a general scepticism and rejection of already-established artistic structure. However, the meaning behind postmodern works also aims to battle social norms such as social and political structure.
Like many other art movements, postmodern art seeks to provoke thought out of people. The difference, however, lies with how this process is achieved; the postmodernist asks questions on all aspects of modern life: they may ask, “why is music limited by time signatures?” or “why is it frowned upon to honestly express oneself through clothing?”
The postmodernist answer to these questions is that all “structure” and “rules” in the world are ultimately social or linguistic conventions that were created by humanity in an attempt to make sense of this otherwise senseless universe we live in.
The concept behind it is quite amazing; humanity has gone thousands of years, exhausting every form of art we could think of, but while doing so, we have limited ourselves from a general and philosophical standpoint.
The hallmark of “postmodernist art” is its rejection of the aesthetics upon which its predecessor – “modern art” (1870-1970) – was based. One of these rejected values is the idea that art is something “special” which should be elevated from popular taste.
Coinciding with a raft of new technological developments, postmodernism has led to almost five decades of artistic experimentation with new media and new art forms, including “Conceptual art”, various types of “Performance art” and “Installation art”, as well as computer-aided movements like Deconstructivism and Projection art. Using these new forms, postmodernist artists have stretched the definition of art to the point where almost “anything goes”.
Is there no better representation of 21st-century culture than the phrase, “anything goes?” We live in a time of mass-information. Ideas, concepts, philosophies, and trends can span one side of the globe to the other in a matter of seconds; our lives and our art have changed substantially because of this.
With the emergence of the postmodern movement, we now question reality itself. We challenge the norms of contemporary art and produce works that inspire provocative and unique thought. The idea of encouraging individual thought out of observers is something that makes modern art stand out from the rest. It’s bold statement to throw paint at a canvas and reject outlining any physical structure is something that when observing, will inspire thoughts unique to each individual. 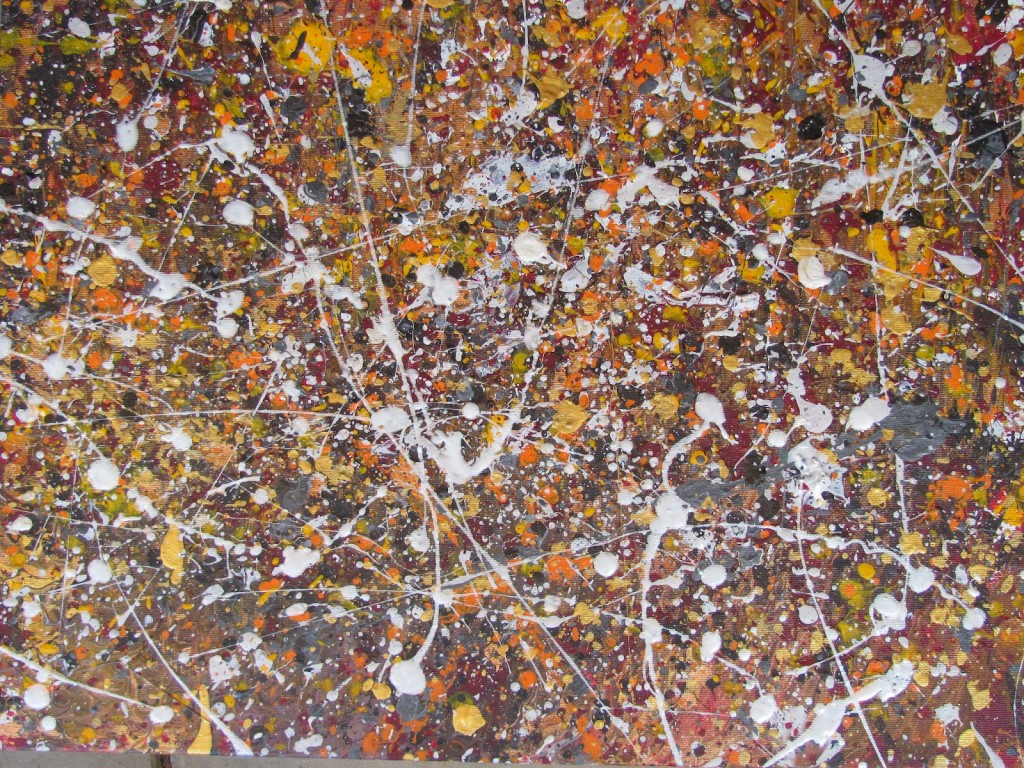 For example, take a look at this famous Jackson Pollock painting. What does it say to you? More importantly, how does it make you feel? The idea behind this style of painting is that it does not follow any contemporary style of art, rather, it rejects it entirely. Furthermore, it evokes a feeling of chaos and tranquility at the same time. Most importantly, however, is the fact that no two people can look at this painting and both definitively say, “yep, that’s a tree.” That is what postmodernism is.

I am going to revisit the Marilyn Monroe Piece that got you to click on this article. In this piece, titled “Marilyn Monroe” Warhol took Monroe as his subject in different mediums, silk screening the actress’s image multiple times in a grid in bright colours and in black and white. By repeating Monroe’s image (and that of other celebrities) over and over again, Warhol acknowledged his own fascination with a society in which personas could be manufactured, commodified, and consumed like products. 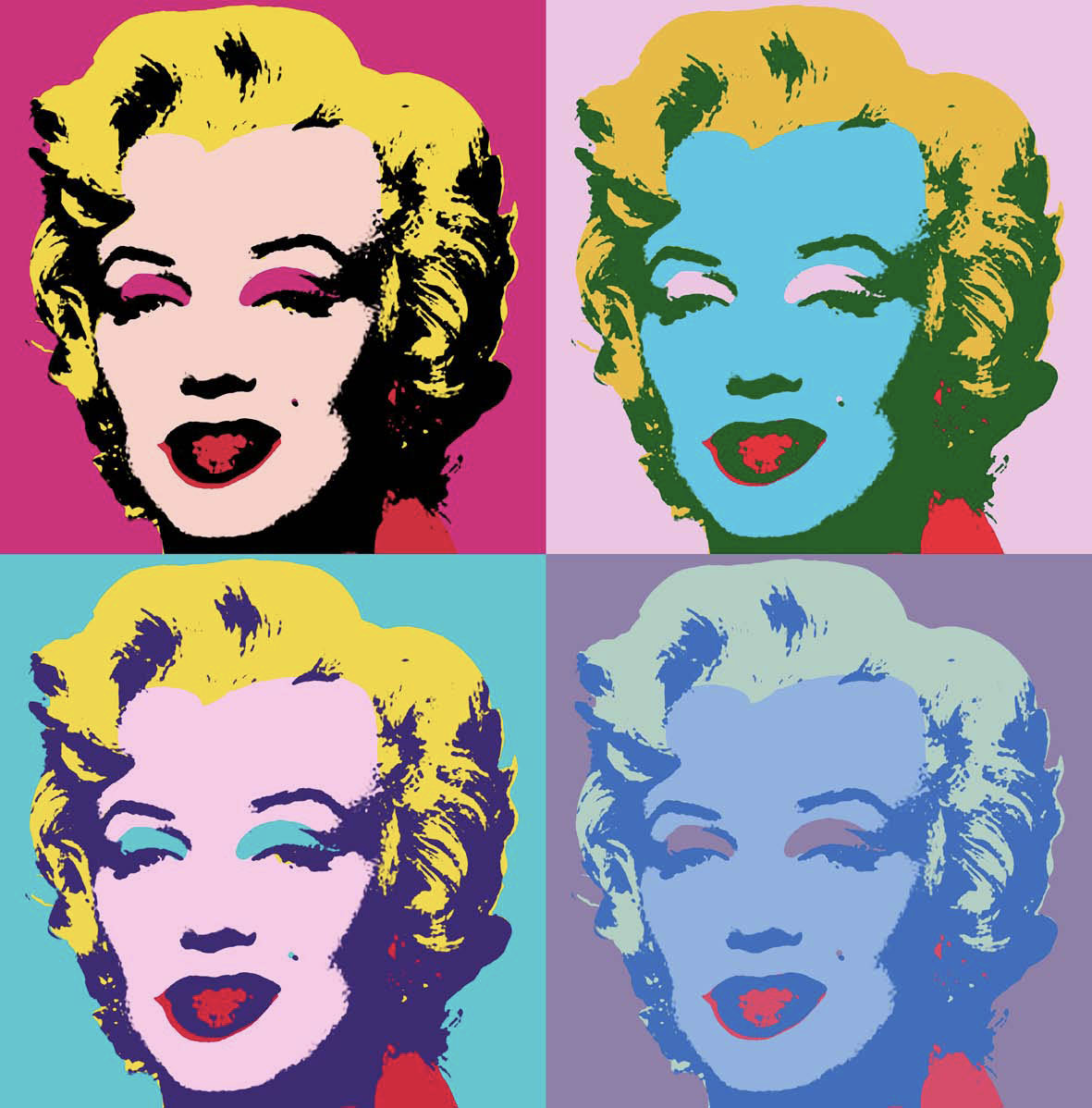 This is postmodernism at its finest; Warhol completely disregarded contemporary artistic methods by taking one subject and multiplying it to give added effect. Each panel represents a different version of Marilyn – one that can be manufactured and distributed to the public, kind of like a car on a manufacturing line.
When Warhol was explaining his inspiration to make this piece, he explain how, “The rubber-stamp method [he’d] been using to repeat images suddenly seemed too homemade; [he] wanted something stronger that gave more of an assembly-line effect.” Not only did he achieve this, but he challenged society to question how we view our pop-culture. With this work, you can ask yourself, “Do I see Marilyn as a person, or as a commodity that can be manufactured over and over again?”
This free-thinking approach is what makes postmodernism so unique, and is also why many fail to accept it.

Modern art raises the controversial question, “What constitutes art?” which has many people confused, and for good reason. Generally speaking, without aesthetic standards, do we really have any way to determine quality or inferiority? Personally, this is my biggest conundrum when analyzing postmodern art.
I can look at a Jackson Pollock painting and appreciate it for what it is: A bunch of paint recklessly tossed on a canvas in an attempt to show his internal disarray or discontent with society and its norms – and it works because it conveys a feeling within you.
But to what extent is it aesthetically sound?
The thing is, modern art isn’t meant to be aesthetically pleasing – it’s intended to send a message loud and clear. Modern art doesn’t follow any guidelines for what is ‘right’ or ‘wrong’: ‘good’ or ‘bad’, it just, is.
The best interpretation of this I can give is the comparison made in a Youtube video from Prager University, in which artist Robert Florczak explains why “Modern Art Is So Bad”.
Their first comparison is between Michaelangelo’s rock carving David to the Los Angeles County Museum of Art’s Levitated Mass.
In a sense, I do believe standards for art have fallen. Postmodern art is more so about making a statement and challenging the status quo, while Roman art aimed to inspire things that held immaculate beauty – society has definitely changed. For example; we no longer need to pay an artist to create a portrait of us like we would have done a few hundred years ago – assuming you are royalty of course. It is no longer necessary to spend several years working on a beautiful work of art because society just won’t appreciate it anymore – we have so many new forms of entertainment that simply were not available two hundred plus years ago – we don’t need art as a form of entertainment anymore. We live in a time where the vast majority of people would rather go to a movie theatre to watch their favourite actor, rather than go to a museum to observe great art – times have changed, and our art is changing with us.
I think the criticisms of postmodernism art are completely justified. I also believe the post-modernist art movement is unique and serves an important purpose in today’s society. I am not going to go as far as to say that ‘modern art sucks’ because some gems fall into that category, but I will argue that standards have indeed fallen.
I believe that we as a society need to prioritize aesthetic standards in order to determine quality or inferiority of art – otherwise, how will we distinguish between a Jackson Pollock and some scribbles by a five-year-old?

I am all for challenging pre-existing models of art and pushing the boundaries, but not if it means sacrificing the quality of the work.

Liquor Privatization in Ontario: Why the province needs change

The Northwestern Passage: A Great Economic Opportunity, But Not Without Environmental…

What Are The Most Economically Stable Countries In 2017?