Over the former few years in the UK, there has been a growing mass of anxiety about the usage of plastic microbeads in makeup, and the harmful effect that microbeads are having on sea-life and the environment.  Petitions to end using microbeads have gained incredible thrust, with the UK government pledging to ensure that microbeads are eliminated from products such as shower gel and toothpaste in 2017.

The UK is to present the “toughest prohibition on microbeads in the world”, activists have said after the Government proclaimed it was going forward with its plans.

Microbeads are miniscule pieces of plastic, which are too small to be filtered effectively.  When these ultimately reach the sea, they are often consumed by marine life, frequently killing them before they are able to reach reproductive age. In other instances, when the fish are caught, these microbeads are ingested by humans.

The EU is appearing to show some resistance to this, demanding that striking a ban could damage EU free trade laws. The problem is whether this is a policy done on purpose, likely intended to defend giant business, or another example of unintentional consequences.  This would come to pass in the occurrence of an extensive desire to allow free trade, the consequence of which is to allow harmful activities to continue unimpeded.

So how can we amend laws by the EU? Now that Britain is leaving the EU Members of Parliament have been extremely busy with amending, repealing and discarding laws.

It would also end the jurisdiction of the European Court of Justice.

But Labour warned it was being done without proper Parliamentary scrutiny.

The Great Repeal Bill, which Theresa May has said will make the UK an “independent, sovereign nation”, would:

There are more than 12,000 EU regulations in force in the UK, with the intention being that they are all going to be transferred into UK law.

But the government says many of them will not work properly after Brexit without “technical changes”, and allowing MPs to scrutinise these changes fully would create a “prohibitively large” amount of work for Parliament.

It estimates that around 800 to 1,000 existing measures will need to change and proposes using statutory instruments – laws passed without much debate or scrutiny – to do so.

The government’s white paper is entitled The Great Repeal Bill but it will be given a less dramatic name when it comes before Parliament because UK legislation must be described in a factual manner and anything that sounds like a slogan is banned.

The government plans to introduce separate bills on some aspects of Brexit, such as immigration and customs rules at the border, which will be debated in Parliament.

Mr Davis earlier hit back at claims the UK was trying to “blackmail” the EU by raising security issues ahead of Brexit talks.

In her letter on Wednesday triggering Article 50 of the Lisbon Treaty, Theresa May suggested cooperation with the EU on the fight against crime and terror was at risk if Britain did not agree an overall Brexit deal within the two-year time limit.

The prime minister’s words sparked an angry reaction from some EU officials who said security was too important to be used as a bargaining chip in trade negotiations. 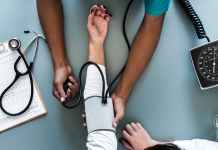